**Not a Book Review

Welcome to the book tour for award-winning novel, The Shepherd’s Burden by Ryan Young. Read on for more info and a chance to win a signed copy of the book (North America) or a digital edition if your are international! 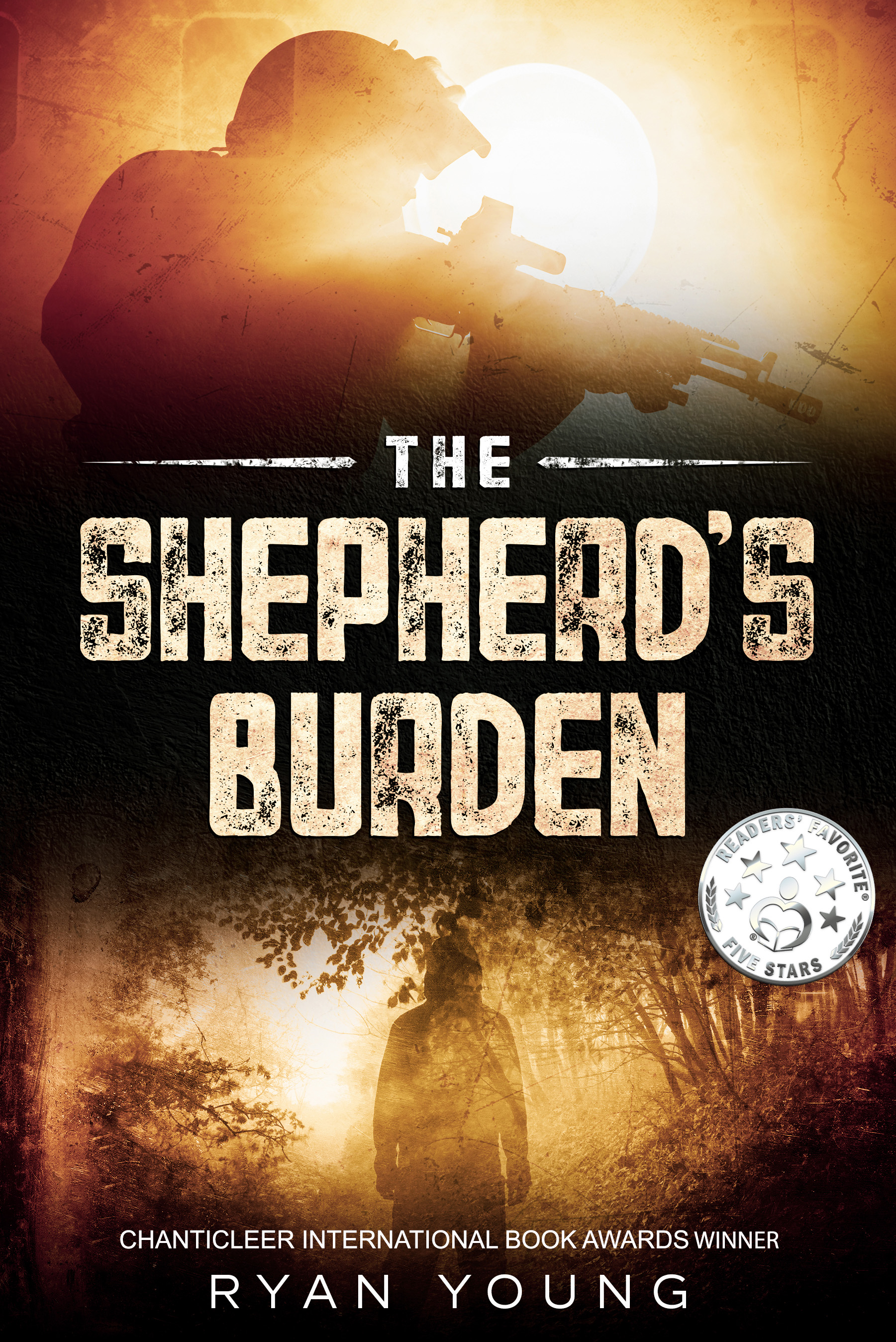 Staff Sergeant Daniel Jefferies has returned home to upstate NY after nearly being killed in an ambush in Iraq. Plagued by the trauma of war, he struggles to find his place in a world that he no longer recognizes. He feels disconnected from his family and friends. But, none of his burdens are heavier than the terrifying secret that he has kept about a mysterious encounter from his youth. When a suspicious murder occurs, he will discover that he has been chosen for a purpose that transcends life and death, forcing him to confront his past. In order to stop the killer, he will have to make choices that will change the fate of the people he loves the most. Can Daniel summon the strength of mind and body, that he once had as a soldier, to face the most profound and consequential challenge of his life?

Daniel took the main route out of town. It took them through the city center and back to the site of Nella’s murder. As they approached the site, they saw a man and his young son crossing the road with their donkey. The donkey was towing a wooden cart full of produce. There was an open-air market in the city center. People traveled there to sell their goods. For many of them, it was their only source of income. The boy was four or five years old and the cart was fully loaded, so they were moving slowly. Daniel pulled to a complete stop to allow them to cross.

“Keep an eye out,” Keith yelled up to Aashirya.

It was always dangerous to be stopped in the middle of a road in Iraq. Instead of the vehicle being a moving target, which could be hard to hit, it became a stationary target, which was much easier to hit. The chances of an ambush greatly increased.

It was Keith’s job to keep his team on alert, but the heightened state of awareness didn’t change his demeanor. He was perfectly calm. He pulled out another cigarette and lit it while they waited for the man and his son to cross the road. He offered one to Daniel, but he turned it down.

“I can’t understand how nothing seems to bother you. I’ve been doing this just as long as you have. No matter how many times I’m out here, I still get nervous. I wish I knew your secret,” Daniel said.

Keith laughed it off.

“There is no secret, Danny. I told you before, nothing lasts forever. Everyone dies at some point. It’s a foregone conclusion. It’s not a question of if, but when. What’s the difference if we die now or fifty years from now? We shouldn’t fear death. We should embrace it.”

“I think you have been out here too long. You are really starting to trip me out. I think you need a long nap and a cold beer. After that, you need to get laid and seriously rethink that no-fear, embrace death bullshit. Personally, I would much rather be afraid and alive than calm and dead.”

Daniel turned his attention back towards the road. The man and his son were now directly in front of the vehicle. The boy stopped walking and turned to look at him. When they made eye contact, Daniel got an eerie feeling that something was wrong. Before he could react, a large explosion went off underneath the Humvee. The blast tossed the vehicle fifteen feet into the air, landing it on its side.

Ryan Young is a former Army Captain and Iraq War Veteran. He is a lover of all things fantasy and sci-fi. A native of Utica, NY, he now calls New England home.

Follow Bonnie Reads and Writes on WordPress.com
Join 2,349 other followers